Al Jazeera English website has just published my analysis of this year`s 9th season of renowned Syrian drama Buqa’t al-Daw (Spotlight) which aired in 2001 for the first time, breaking taboos as corruption and gender issues. After more than 10 years of broadcast, here is where it got..

“Sir, sir! A man just exploded in the city centre!”, a shocked security officer tells his incredulous boss. The scene is featured in episode two, season nine of Buqa’t al-Daw (Spotlight), a Syrian TV drama (musalsal) aired this Ramadan.Buqa’t al-Daw is widely deemed a taboo-breaking drama. In 2001, when it first came out as a media expression of the short-lived political opening after Bashar al-Assad seized power, its satirical sketches touched many sensitive topics related to the country’s politics and society. Issues like corruption, religious extremism, and gender-related problems would migrate from current affairs to be discussed in the satirical sketches of the musalsal in its unique dark-comedy style.

But this new season doesn’t aim at lampooning the al-Qaeda style explosions that, according to Syria TV, are afflicting the country as a result of a foreign conspiracy; neither at mocking people who set themselves on fire in sign of protests against unemployment and lack of dignity in Arab countries, something Arabs have become familiar with after Mohamed Bouazizi’s martyrdom.

“People are simply self-exploding” is the weird conclusion reached by the security officer featured in this second episode of Buqa’t al-Daw season 9. Looking for a solution, the main character goes to visit a sort of mad scientist. “My son,” he tells him, “these days, citizens of the third world have to bear too many pressures… unemployment, poverty, corruption… decades after decades, new generations are simply imploding, that’s why they start to self-explode.” But, the scientist says: “Smart governments have a solution called ‘tanfis’ (letting out air)!”

Every Syrian is familiar with the word tanfis, a safety valve allowing people to vent frustrations and relieve tensions that otherwise might find expression in political action. Tanfis has widely been associated with the practice of allowing free press, dissident art and a culture of defiance to manifest through theatre, music and literature. Many Syrian TV series dealing with taboo issues like Buqa’t al-Daw itself have been labelled as tanfis on citizens, allowing them to breathe – and laugh – within certain permitted margins.

But this season of Buqa’t al-Dawtakes a step further and suggests a better solution rather than dissident art and freedom of expression. “These are old methods of tanfis,” the scientist tells the incredulous security officer. The brand new solution he proposes to adopt is a device that, once plugged into the citizen’s body, will provide him with a sort of relief, letting out all pressures and making him love society again.

The submissive and obsequious citizens featured in this ninth season of Buqa’t al-Daw recall another episode from the same musalsal which was broadcast in 2010, less than a year before the Syrian uprising started. Al-sirr (The Secret) featured Syrian officials explaining representatives of foreign powers how Syria successfully manages its economy through the complicity of its citizens. Since everybody has to bribe to get whatever service, a sort of parallel economy is created, based on a corrupted system perpetrated by each individual. Through comedy and laughter the musalsalreminds Syrian citizens that they are all part of this system and complicit with it. Corruption can be denounced and individuals can be removed, but resisting the system which generates it is useless, since everybody is partly responsible. Every citizen is a gear of this mechanism and contributes to its survival; as the system’s survival is intertwined with each individual’s personal survival.The episode goes on showing how the device has been installed in gas stations and public places so as to prevent citizens from self-exploding. In the last scene of the musalsal, citizens even pay to access the device’s services and get some sort of relief from their daily troubles; lately, they seem to go on happily.

But, after two years, with the unfolding of the uprising and the dramatic changes it brought within Syrian society, the lesson that Buqa’t al-Daw reminds to Syrian citizens that it might not work anymore. In its attempts to stay updated with the current events, Syrian TV drama like Buqa’t al-Daw looks incredibly old-fashioned. In a sketch called Al-sha’b yurid (The people want), probably an attempt to mock the street’s main motto of the 2011 Arab revolutions, themusalsal shows how people only seek minor reforms – like a better street maintenance – which they are not even able to accomplish; the main character dies of an heart attack, too scared by the security services while trying to explain them that he was officially asked by the municipality to write the slogan on the city walls.

In an episode named Eid Wahda (One hand) after another popular slogan of the Arab uprisings, which reminds us people’s unity against regimes, the protagonist seeks to convince others to act all together and stay united; he eventually discovers, in the day of his death, that he has been totally left alone by society.

Portraying society as a disoriented mob, which needs guidance and a progressive leadership to overcome its backwardness, is a common practice in tanwiri (englightned) Syrian TV dramas, many of which have high production values, good acting, compelling plots, and have been successful on a Pan Arab level, too.

When Bashar al-Assad seized power, in 2001, this enlightening process pushed by progressive media was accompanied by the promise of political reforms made by a young, seemingly reform-minded new leader. But in 2012, after 17 months of bloody crackdown on Syrian society’s demands to get genuine political reforms and not only taboo-breaking TV drama, it is very unlikely that tanwiri musalsalat like Buqa’t al-Daw will succeed even in making Syrians laugh by reminding them that every citizen is a partner in the (failed) political system.

This post was out today on Creative Commons` blog. My thoughts, our thoughts as Creative Commons Arab world community, go to Bassel Khartabil aka Safadi, CC lead in Syria. Together, back in 2010, we started the CC Iftar project across the Arab region. Bassel is a passionate person,  always ready to help others. In a number of projects we have done together to support open source and the open web he has always been ready to help the others, share ideas, thoughts, resources. We all miss him a lot and hope he will be released soon. 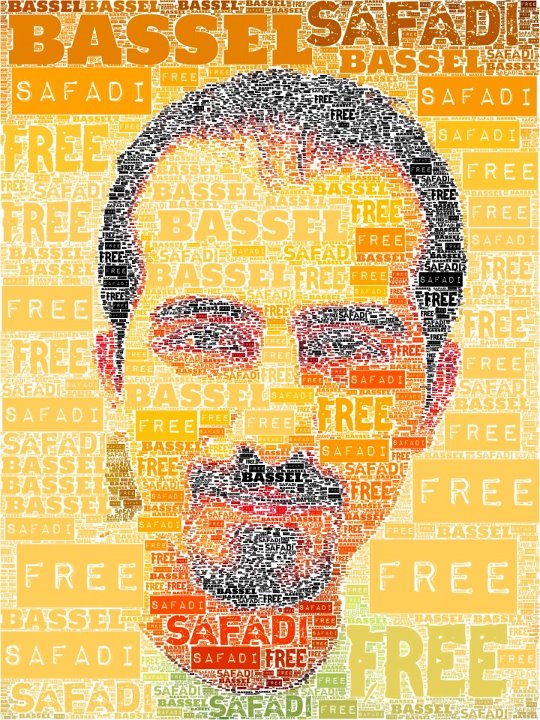 Last week, Muslims all over the world celebrated Eid al-fitr, a festivity which marks the end of the holy month of Ramadan, dedicated to fasting and praying. Since 2010, Arab world–based Creative Commons communities have celebrated Ramadan by organizing “Creative Commons Iftars” (CC Iftar) across the region.

A CC Iftar is a social event where people gather to celebrate the breaking of the fast, socialize, and talk about innovation, creativity, and the open web. CC Iftars are built around the spirit of sharing which lies at the basis of Creative Commons’ vision, and which people in Ramadan celebrate by breaking the fast together, partaking food, and giving to others.

This year, Creative Commons Arab communities have organized and celebrated CC Iftars in four Arab countries: Qatar, Tunisia, Morocco, and Iraq. CC Iftar Doha kicked off in the Qatari capital on August 13 at K108, a restaurant that redistributes its proceeds to charities working on issues such as unprivileged children’s education. Guests at the CC Iftar Doha were asked to share their ideas about inspiration and the outcome was crafted into a collaborative art project.

The day after, August 14, it was CC’s Tunisian community’s turn to join the CC Iftar project, with the first CC Iftar hosted in the country. Since the third Arab regional meeting “Sharing the Spring” was held in the Tunisian capital in summer 2011 to celebrate Arab youth’s blossoming innovation and creativity, Creative Commons Tunisia’s community — largely made up of photographers, cartoonists, musicians and techies — has been growing incredibly. Many community-led events, including the first CC Tunis Salon, have been hosted in the country. CC Tunis community gathered in the beautiful location of the Sidi bou Said park with home-cooked food (and lots of cats!) to discuss future projects to be held not only in the Tunisian capital but all across the country.

August 17 was our Moroccan community’s turn to host its first ever CC Iftar, with lots of people attending the gathering in Rabat. Morocco recently joined the broader CC Arab community by organizing Open Taqafa and the first Creative Commons Salon in Casablanca. The country has a vibrant artistic and musical scene, together with an high-skilled tech community, and many of these techies and artists are now joining their Arab peers’ efforts to bring more open and collaborative culture to the Arab world. CC Iftar Morocco was a big step in the direction of getting more regional cooperation over common open-culture-related projects.

On the very same day, CC’s Iraqi community was also organizing its first CC Iftar. Bloggers from the Iraqi network for social media (INSM) coming from different parts of the country gathered in Baghdad to celebrate openness and sharing with a wonderful CC chocolate cake. For those who were not able to attend the event physically, a skype session was held in order to join the celebrations virtually. Our CC team in Iraq has a Facebook page around which the community is gathering. Some of its members are regulars at CC Arab regional meetings and we hope to be able to hold CC events in Iraq more regularly, in order to familiarize the broader Arab community with the beauty and cultural richness of the country.

Despite the instability, violence, and political unrest still happening in many places in the region, the Arab world still has a strong will to move forward, create, and share. The community-driven enthusiasm and self-organization skills showed by the CC groups in Qatar, Tunisia, Morocco and Iraq prove this; hopefully next year new communities will be able to join and old communities will be able to come back to action.

As we conclude Eid al-fitr this year, our thoughts go out once again to Bassel Khartabil aka Safadi, CC Syria public lead. Bassel was one of the promoters of the CC Iftar project back in 2010, when he hosted an iftar in Damascus to celebrate cultural cooperation and sharing in a remix project with CC Lebanon. Bassel has been detained by Syrian authorities since March 15th, 2012. A campaign has launched to ask for his release and the response of Creative Commons’ communities worldwide has been overwhelming. We encourage you to spread the word and follow updates on the campaign’s site freebassel.org and on Twitter @freebassel. 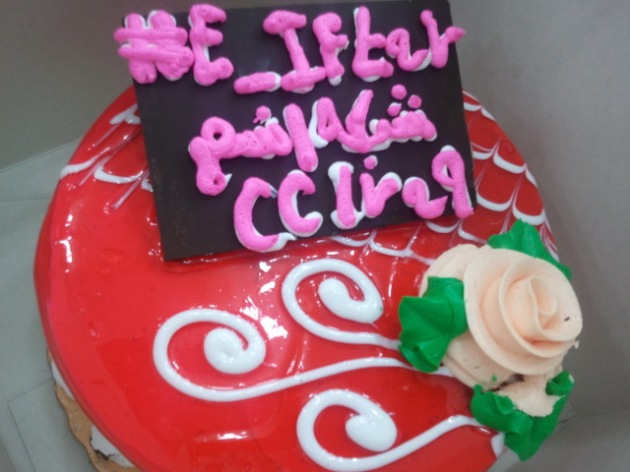